Making Suicide Prevention a Health and Safety Priority at Work

Denver, Colorado. July 6, 2016. When the CDC released its report on occupation and suicide last week, many employers took notice. For the first time, researchers were able to rank industries by highest rank and largest numbers of deaths by suicide across 17 states. This milestone report immediately got the attention of industry leaders concerned about the health and safety of their employees. The Carson J Spencer Foundation, the nation’s leader in suicide prevention in the workplace, fielded scores of inquiries over the holiday weekend as companies requested information on how to build a zero suicide safety culture in their workplaces and associations. For more information www.WorkingMinds.org.

Two issues tend to make industries more at risk – the demographics of the workforce and the nature of the work itself. Workforces that are male dominated tend to have higher rates for suicide because men die by suicide at nearly four times the rate of women and represent 77.9% of all suicides (CDC, 2015). Additionally industries that have the following qualities also tend to have higher risk for suicide:
“This report is a game changer,” said Dr. Sally Spencer-Thomas, CEO of the Carson J Spencer Foundation, a Denver-based organization known for leading innovation in suicide prevention and the umbrella program for the nation’s leading workplace suicide prevention program called Working Minds™. “For a decade, we’ve been helping workplaces build comprehensive and sustained suicide prevention strategies. This report now gives employers the data to help justify these efforts.”

The timing of the report release coincided with the conclusion of the Construction Financial Management Association annual conference in San Antonio where suicide prevention was a central focal point. Over the past nine months many new construction industry suicide prevention resources and publications emerged as the construction leaders started to acknowledge a growing concern. More information here: www.ConstructionWorkingMinds.org.

“Increasingly, we are hearing employers say, ‘Not another life to lose. What can I do to prevent this from happening with my employees?’” said Spencer-Thomas. “They want a road map to integrate psychological safety into their existing safety culture.”

Because most adults spend more waking hours at work than they do at home, workplaces are critical partners in a community approach to suicide prevention. Employers who value the well-being of their staff realize that it is not good enough to get people home safely from work, they also need to provide support in making sure employees get back to work safely from home. Like most cultural change, a multi-dimensional, long-term strategy is warranted integrating mental health services, training, communication strategies, leadership, and crisis response.

###
About the Carson J Spencer Foundation - Sustaining a Passion for Living
The Carson J Spencer Foundation (www.CarsonJSpencer.org) is a Colorado nonprofit, established in 2005.  We envision a world where leaders and communities are committed to sustaining a passion for living. As leaders in innovation in suicide prevention, our mission is to elevate the conversation to make suicide prevention a health and safety priority. We do this by:
About the Working Minds™ Program

[ii] Ibid
Posted by The Carson J Spencer Foundation at 11:17 AM 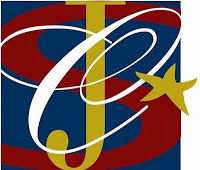